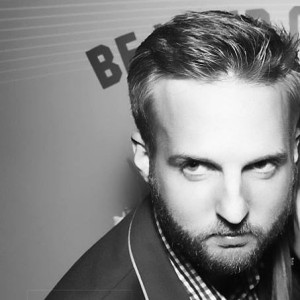 Estimation – Are more doors or wheels in the world?

This internet debate perfectly describes the current state of social media. Grab everyones attention, keep them engaged long enough to feel they have an opinion worth commenting, and then offer no resolution unless they subscribe or watch for part 2.

But if you are like me, you have a problem-solving itch that needs to be scratched! I have really enjoyed the conversations it has sparked, but the articles about the answer don’t really offer an answer. Many of which are basing their conclusion on public polls. But as a nerd, I can’t accept the answer to a math problem based on public opinion.

So I am going to answer this thought experiment so it doesn’t end up like the dress color debate.

How to solve estimation problems

Answering this type of question should also be of interest for anyone like myself wanting to work at Google, Meta, or Amazon, who all famously uses estimations as part of their interview process.

In fact, practicing this type of question has taught me that a great framework already exists for trying to solve estimations of this scale, the Drake Equation. (If you are unfamiliar, google the Fermi Paradox for your next internet rabbit hole).

So let’s start with the obvious, this is a math problem. (If you don’t like math, jump to the TL;DR) Which means we’ll need an equation like the one Frank Drake famously proposed to help us break down the problem into MECE (mutually exclusive, collectively exhaustive) pieces.

Before writing an equation though, let’s review how we can structure our approach to estimation problems:

Clarify – What are we really asking?

We use language everyday, but it only works when we agree on the meaning. So what do we mean when we say wheel and door, or even world? Should we assume right now? Wheels and doors have existed for millennia and not many of them have not been taken off the planet (The space station has doors, and Elon Musk’s car in space has both doors and wheels!)

So it’s clear we need to define wheel, door, and world. Which is probably why the debate is interesting to us, since in English these words can mean a lot of things. For example, is a wheel of cheese really a wheel?

Let’s start with a fairly universal principle, the world. The context suggests that we are talking about:

What is a door? Let’s break on through to the other side of the doors. A door on a house or a car is easy to imagine, but what about an oven door? We have sliding doors, but how are those different from windows with nearly identical features? Do we have to include doors on doll houses and cabinet doors too?

So then we could say a door is a physical boundary to distinct spaces which is not considered a non-door item (so not lids, hatches, covers, canopies, etc)

What is a wheel? Wheels seems like an equally ambiguous term. But our human context applied here should help us out:

Okay so then a wheel is a round object capable of spinning around an axle to apply force but is also not considered a non-wheel item (not gears, records, discs, etc.).

Method – How to approach this problem

We cannot solve problems with the same thinking we used when we created them. — Albert Einstein

Trying to think on the scale of the entire world provides us with many known ways to segment doors and wheels. The entirety of the world is large, but it is also a singular economy that does a great job of classifying objects. We can even use fairly simple equations for estimating supply and demand.

There is some public data available about revenues generated by these items, which we might be able to use to determine demand.  But even simpler, we all have experience with seeing the scale of supply of these items in our daily lives.

Which is why I think taking a bottom-up approach to solving this problem would be easier to understand the significant groupings that can be added together to estimate the total.

Equation – How can we solve for X?

The math here couldn’t be any simpler. If we had a magic artificial intelligence machine that could take these definitions and give us the totals, then we simply compare the 2 numbers.

But we don’t have one of those, at least not yet. So how can we use our economic supply instincts to get a sum for each of these items?

I think the way to solve this problem is to break it down into 3 parts:

First step is estimating the ratio of doors to wheels on items that contain both. This ratio will provide us with a relative index we can use to compare with the scale of each respective summed total. If the summed totals for doors and wheels are similar, this index score could essentially be the tie breaking multiplier.

It’s not what we don’t know that gets us in trouble. It’s what we know for sure that just ain’t so — Mark Twain

Assumptions about items with both Doors and Wheels

Vehicles in general seem to universally have both, and we could segment further by common types:

Great, so we now we should be able to estimate the ratio for each of these cohorts and weigh them as a percentage of all items with both doors and wheels.

First breakdown is vehicles vs equipment. The importance of oil and supply chains of our economy says a lot about the significance of transportation and therefore vehicles in the world. We also know that millions of vehicles are produced annually and need to have their wheels replaced far more often than doors.

Vehicles – Percentages of this segment and estimated ratio of avg D:W

And making it math:

This number definitely favors wheels (50% more), but now we need to look at both independently to know if this index is of any significance when compared to the totals for each.

How many doors are there in the world?

This follows the same thought process of segmentation. Again, we should think about outliers to see if they would be significant. But when talking about the scale of the whole world, we should try to avoid focusing on too many edge cases that get rounded out when calculating large numbers.

Assumptions about doors when no wheels are present:

Structures – This includes houses, buildings, and all other structures that are not mobilized with wheels.

Non-structures with doors and no wheels

Did I miss any significant place where we use doors? Are there a lot of trap doors or something like in Monster’s Inc we should consider?

We are ignoring lids, covers, and hatches, and we already have an estimate for the ratio on vehicles and other door/wheel items to account for the significance of one over the other.

So if not, let’s calculate our estimate for doors in the world

How many wheels are there in the world?

We can re-purpose some of our estimates from doors for wheels found in those environments. But we will also need to think about wheeled items that exist on their own. And again, when thinking on the scale of the world, we will try to only consider statistically significant segments.

Similar to doors, we can look at this as on the scale of about 100B wheels in the world.

Education is the process of becoming more aware of and engaged with the universe, and your place in it. — John Green

The reason I am considering the scale and power of 10 the most significant factor is because we made a lot of assumptions and generalized to get averages. However, if we changed some of those numbers, how likely would it be for us to be off by a factor of 10?

Let’s see if we can use some basic logic staying within the context of our original scope. We started by saying that a person on earth right now would want to know the result.

When it comes to doors, this result implies that there are about 100B doors / 8B = 12 doors for every human on earth . Which is not unreasonable considering we share most of the spaces (housing, offices) with other people.

Wheels per person seems less intuitive, but we also used households and buildings to define our scope. So this result implies that there about 100B wheels / (2.5B + 0.5B other buildings) = 33 wheels in every building on earth. Which is also reasonable after looking at where wheels exist in these places.

Are there more doors or wheels in the world?

I am really glad I started with the ratio of items that contain both. The slight variance in my final result between the 2 different sums wouldn’t be very convincing to me about which is more abundant. But knowing that all things being equal, the ratio of wheels to doors is a significant factor.

After going through these estimations, what really stood out to me is that language seems to really drive the result in this debate. We have specific names that do not include door nor wheel for items that have the essence and functionality for either one. For example, should a lid, hood, hatch, or cover be considered a door? If so, then is a disk, gear, or record a wheel?

And so it seems, the correct answer as usual is the math we made along the way.

But the math makes it clear to me: I believe there are more wheels than doors in the world.

based in Los Angeles, CA